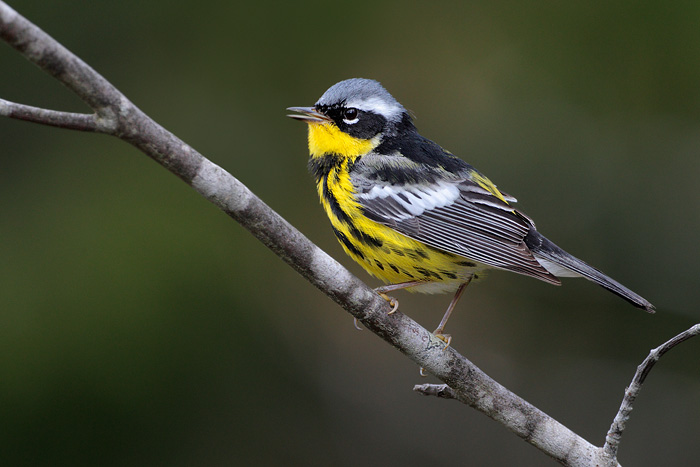 We were away during the first three weeks of May to forage for birds. May is the peak bird migration season in temperate North America, with a mass movement of birds passing through on the way north. We timed the trip to coincide with this, and hired a campervan (RV in Americanese) and traveled through New Jersey and Pennsylvania, with a brief spell in Delaware and Maryland. It was a wonderful trip, but sure made us appreciate little old Norn Ireland all the same.

Most of our time was spent in woodland areas, and there is a lot of it about. What was interesting was that there are lots of plants similar to home, some of them aliens such as garlic Mustard and Japanese Knotweed, and many more that are native and the same as ours, or else similar but slightly different. There are lots of different species of violet, some blue, some white and some yellow and all beautiful. We were shown some edible plants, such as greenbrier, and these made the birdwatching walks more enjoyable. 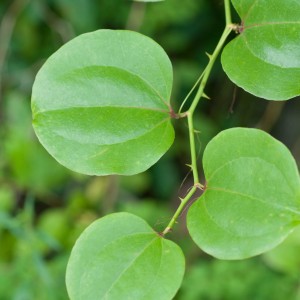 Common Greenbrier – edible and delicious in all its parts

An amazing woodland plant we saw was American Mandrake, or May Apple – it has a strange umbrella-like leaf, which branches in two and produces a beautiful white flower and then a large yellowish berry. The berry is edible when ripe, but the rest of the plant is poisonous and was used as a purgative by the native Americans when they needed to get something out of the system. We were a bit early for the fruit, but it was a lovely plant to see. 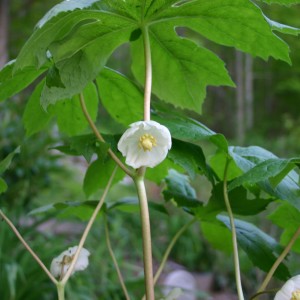 We managed to see over 190 bird species, 100 of which were new to me, so it was a fascinating 3 weeks. Now we can get back to what we know best – first stop Rathlin Island (see our events page).